Let me preface this love hate. There are some great reasons to have and use special effects in science fiction films and television, be they make-up, sound, camera angles or computer-generated objects, backgrounds and characters. I enjoy seeing spaceships, phasors, impossible landscapes and situations as much as the next viewer. What I often regret, however, is the over-reliance on these visual and aural tricks of the trade to the point where they distract what should still be the prime mover of film and television: acting. The blame can be easily spread around. While The Matrix received almost religious status among its eager audience, and I'll be first to admit it's an enjoyable sci-fi romp if not a thespian tour de force, the performances of Keanu Reeves and his fellow cast members were wooden at best. That said, who is to blame: Reeves, the Wachowski brothers, or the combined vision that placed all of the actors in environments where the effect became more important than the performance. While it's easy to name an actor for a bad performance, most of the time not enough blame is placed on a director for allowing it to get past the questionable take. In this case, I'm sure the prevailing vision of the Brothers on this film was more about creating an awe-inspiring world and letting it drown out the less than inspiring performances. I don't mean to pick on The Matrix or poor Keanu, but science fiction seems plagued with characters that are intentionally "stoic" (for lack of a better phrase) and the conspiracy theorist in me is convinced that it's far easier for a director to allow an actor to play emotionless monosyllabic heroes. Story gets told through atmosphere and set more than acting performance. While this model has provided for some spectacular films, am I just nit-picking in thinking that the best of both worlds is possible? The dependence on visual effects cannot help but adversely impact an actor's performance. Actors are used to reacting to other people and physical sets, but when a director asks them to pretend an alien or robot is ten feet away by holding up a ball on a stick, and, oh, by the way, you're standing in a radioactive war zone that is currently being represented by a green screen and... Action! It is for this reason that many accomplished actors (and by accomplished, I'd rather think revered as opposed to prolific) are loathe to accept roles in science fiction films unless trying to re-establish a career. Maybe part of this comes from the fact that even when an established director makes a science fiction film, they are not necessarily familiar with the genre. I would imagine, through common sense more than any practical experience, that in so much as some A-list actors will clamor to work with a Scorcese, Spielberg, Coppola, Soderbergh, the Coen Brothers or even Woody Allen, the opposite must be true for directors who do not come with such noteriety. Which actor would be breaking down doors to work with a relatively unheralded Irvin Kershner, even though his direction provided for IMDB's #1 science fiction film and #9 film of all-time: The Empire Strikes Back. I can watch almost any sci-fi, good or bad, because my expected level of suspension of disbelief is always so high that I can tolerate any deficiencies in acting that often slides under it. This, however, seems the prominent reason that the genre seems devalued by critics and award academies alike. While I could never say that I hate the genre, I do hate that (but for a few shining examples) some of the greatest sci-fi stories ever told include some brutal performances by actors and "cut and print" choices by directors. 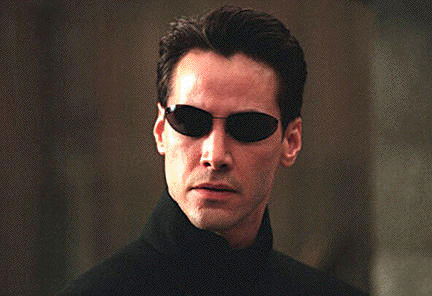