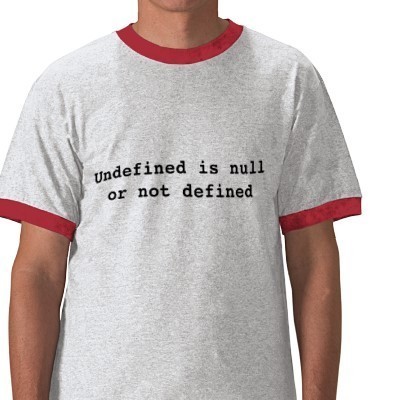 It's not often that I allow my day job to creep into lovehatethings. In fact, I enjoy using LHT to wind down and express ideas outside of work most evenings while hockey plays mute across the room. Tonight though, and partially because I was encompassed by it all day, I want to share the text submission of a presentation I made to the Standing Committee on Social Policy at Queen's Park in Toronto.

The topic was "Student Achievement" and the new legislation (Bill 177) they seek to impose would make it the responsibility or everyone, from teachers to educational assistants to school board trustees, to ensure th at Student Achievement targets were being met. The trouble is, while the Bill (which passed 2nd Reading in the House) actually includes Student Achievement in its title, a definition or standard for Student Achievement is NOWHERE TO BE FOUND. In other words, my job performance is now based on something that is undefined.

I realize that this may be boring as sin to any of you who aren't either living in Ontario or tied to public education, but I'm too tired to write anything else tonight.

A couple of quick definitions to start:

EQAO = Education Quality and Accountability Office which is also the group that provides and grades the standardized test at the grades 3, 6, 9, and 10 level.

Deming's Disciples = William Deming, the father of modern productivity and quality control in industrial settings, revolutionized post-war Japan with the work ethic that the country would become famous for. Unfortunately, while his theories hold well for manufacturing concerns, several educational theorists tried to apply them to education in the 1970s and 1980s under the guise of the Effective Schools movement. The major flaw lies in the fact that students are not widgets, and you can't throw away bad ones when they hit the "factory" floor.

With the term “Student Achievement” ready to be cast in stone, or at least into the Education Act anyway, as a key goal for all students, education workers and now trustees across Ontario, one should have a concrete definition in order to set goals and know potential risks for job performance.

What then is our clear concrete definition of “Student Achievement”? I suppose one could look to the Education Act and find what the Ministry of Education has deemed “Student Achievement” to be. After all, when Bill 177 passes, school boards will be able to taken over by the Ministry. Locally-elected trustees could be denied their abilities to represent their constituents. You would think the trustees, and municipal voters across the province, might like to know what standards they are being held to. But, alas, no such definition exists in the pages of Bill 177.

In lieu of a provincial definition, perhaps local school boards could define their own parameters for “student achievement” in a clear, concise manner so everyone could easily “get on board”. After all, the term is plastered all over school board websites and PR materials while becoming the blanket defense for every questionable action a board takes. If they close a program or a school, if they add fees for specialized programs, if they seek to segregate students by gender or ethnicity, it’s all under the guise of “student achievement”. Surely they must have a working framework to define the term. Yet it’s nowhere to be found.

In lieu of a concrete definition, which, one thinks, should be required for a term that attained ubiquity across Ontario’s education system, perhaps a teacher is expected to cobble together some kind of amorphous metric of what “student achievement” is on an individual basis. I’ve been told for years that a diploma is important, so let’s include that piece. I’ve been sold on the corporate stock ticker stats of EQAO scores, so we’ll assume those are important too. I could throw credits in there as well, but credits are a subset of the diploma, so we’ll assume you can’t have one without the other. And while EQAO was originally a subset of graduation as well, the Ministry has found ways around that, so we must consider it on its own. In reality then, if we are to parse down “student achievement” for the purposes of this Ministry and this Bill, we are left with two things: a diploma and EQAO scores.

To test any definition, one should reach for the parameters and exercise the tolerances that constitute it. For instance, if a diploma is our first indicator of “student achievement”, doesn’t that mean a student with ten or twenty marks of 50% on the way to a diploma has met the criterion? Are grades even relevant any longer, or have credits been reduced to pass/fail? Is a student with twenty credits at 50% someone who has “achieved”? If so, the Ministry of Education can incorporate a very simple baseline into a standardized definition. But the Ministry always said that Level 3 or mark in the “70s” is the provincial expectation. Does it make sense that a student can achieve by getting a diploma, yet not meet the provincial expectation? It’s quite unclear as to which direction the Ministry wants to go with respect to including credits in any standard definition. If accumulated credits become suspect, then doesn’t that make the resultant diploma suspect as well?

Credits aside, EQAO scores must surely be an indicator that can fit into “student achievement” definition with little to no fuss. We should simply be able to assume that passing the EQAO tests must be good enough for “achievement”. We should be able to assume that, but we find it difficult to do so, because, as a teacher, EQAO tests are insulting to my profession. The Education Quality and Accountability Office, by its very name, suggests educators are not doing their jobs. At some point in recent history, someone at the Ministry of Education became convinced that teachers, educating students, and evaluating their work by attaching a grade and associated skills wasn’t good enough. Surely teachers couldn’t be trusted with education, and there had to be a way to tell if students really weren’t getting the education they deserved.

There’s a subtle irony in that the EQAO evolved out of fears of inconsistency about education in Ontario. The selfsame EQAO scores which now prompt visions of administrative career advancement and under the guise of “student achievement” goals have prompted a fear on behalf of education workers in Ontario about state of education.

And so we’ve come to the real crux of the issue: in talking of “student achievement” very rarely does one speak of education. People talk of scores, stats, credits, diplomas and, in the end, far fewer people are concerned with a student’s education than a student’s stat sheet. I’m not a math teacher, but two simple equations are clear to me: Achievement does NOT equal Education, and Data Collection does NOT equal Learning.

I was incredibly disheartened, though not very surprised, upon perusing a draft of the proposed “Learning for All K-12” document that came across my desk a couple of weeks ago. While I’ve never been a fan of “Deming’s Disciples” of education that formulated the Effective Schools movement’s “Learning Communities”, backed “No Child Left Behind” in the United States, and are rife with quotations in the draft document, at least they spoke of “education” and “learning”. Yet, in the document, the Ministry has chosen to place their “Achievement Agenda” language side by side with these sources as if to co-opt their credibility. We cannot make achievement equal education by proximity of words on a page. Achievements are trophies earned at the end of a process. Education IS the process. To place more importance on the trophy than the process is demeaning to all education stakeholders.

Education workers are providers, mentors and facilitators of education. We are not stock brokers trying to maximize a student’s EQAO number so we can “buy low and sell high”. We don’t treat student learning as graphing points; we view it as a process. We are loathe to reduce a year’s worth of dedicated curricular efforts to help educate students down to a data-inspired administrative-mandate of “let them redo one assignment, so you can let them pass the course”. Finally, and perhaps seemingly contrary to tone of my submission to this point, while we don’t really see a need for this soon-to-be-enshrined undefined term, we are actually all for students meeting whichever nebulous definition of “achievement” is the order of the day, as long as it’s measured on the back of true learning and real education and not at the expense of it.