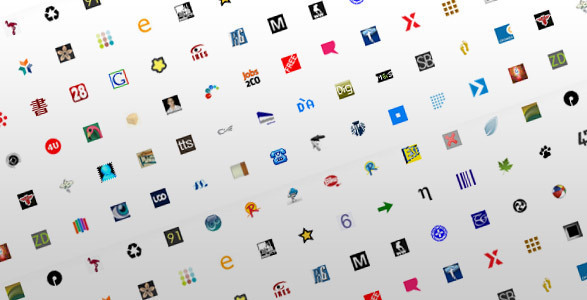 Revisiting the my evolution away from books and the serendipity of bandwidth.

A warning shot across the bow about the upcoming Text Nothing Day on Sunday, March 15th and every 15th of the month following. See smsless.com for details.

A simplified and metaphorical look at net neutrality.

And, finally, how the annotated bibliography has been replaced by the favicons on your bookmark bar.

Media authority is getting winnowed.

Even just within the world of the web we've moved from longer form blog entries to shorter form commentaries to microblogging. There has been a persistent belief, since our formalized education, that opinions should be backed up by proof or some other substantiative measure. Such examples used to be in the form of quotations with carefully constructed footnotes and bibliographies all meant to validate the expertise of our sources and the wisdom we showed in choosing them. There was an expectation that if one backed up an opinion from several so-called experts with innumerable of degrees after their names, that the opnion became valid. Authority was reduced to our effectiveness to parse the researched opinions of others and, in turn, call it research ourselves.

Blogging reduced the opinion authority down to a buy-in on the blogger's established integrity, established through experience, or some percevied experience found through a Technorati rating or the like. Opinions didn't have to be so much established as simply linked up to other opinions that, in themselves, were largely unsubstantiated. The authority of a blogger's opinion was given leeway as we expected more entertainment and information than hard facts. We didn't, and still don't, read blogs for news. We read for insight, and the currency that is not evident on most major news outlets anymore. After all, how often does CNN talk about tech gadgets or iPhone apps? Blogger authority was reduced to link selection and how many people linked back to you.

The explosion of microblogs has reduced authority even further because 140 characters offers little more than a sentence with an attached link. What we are left with is an implied opinion that can be gleaned only by a perceived "thumbs up" or "thumbs down" on the link's efficacy. But ingesting information from microblogs is often an exercise in profound filtering as one has to suffer through lifecasting and other such minutae. Not that there isn't a place for those things within the microblog environment, but when searching for information and authority, it seems like most of the credence we are willing to give a tweet or like entry is through what we assume the tweeter is trying to say, instead of what they are actually saying. A funny thing happens though with the persistent use of url shrinking utilities. With shrunken web addresses, it's become impossible to know the source before you actually go there. Relative web and domain experience gets rendered useless when trying to determine most microblog authority. Much of any positive or negative expectation comes down to the microblogger's avatar.

And so we move from footnote to links to avatar with the ultimate reduction in newsfeeds and the shortcuts that take you there from your row favicons on your browser's bookmark bar. A small pixellated area of real estate becomes the annotated bibliography of your life. Where the grad student still spends months putting together annotated bibliographies for research topics, we have reduced years of research to tiny graphics. If anyone asked you to rate or assign a value to any of those favicons, you could probably talk for minutes or hours on each one. You could rate their effectiveness, efficiency and usefulness to you in your daily browsing. Authority for you has been reduced to a small pixel box that guides your day to day web experience.