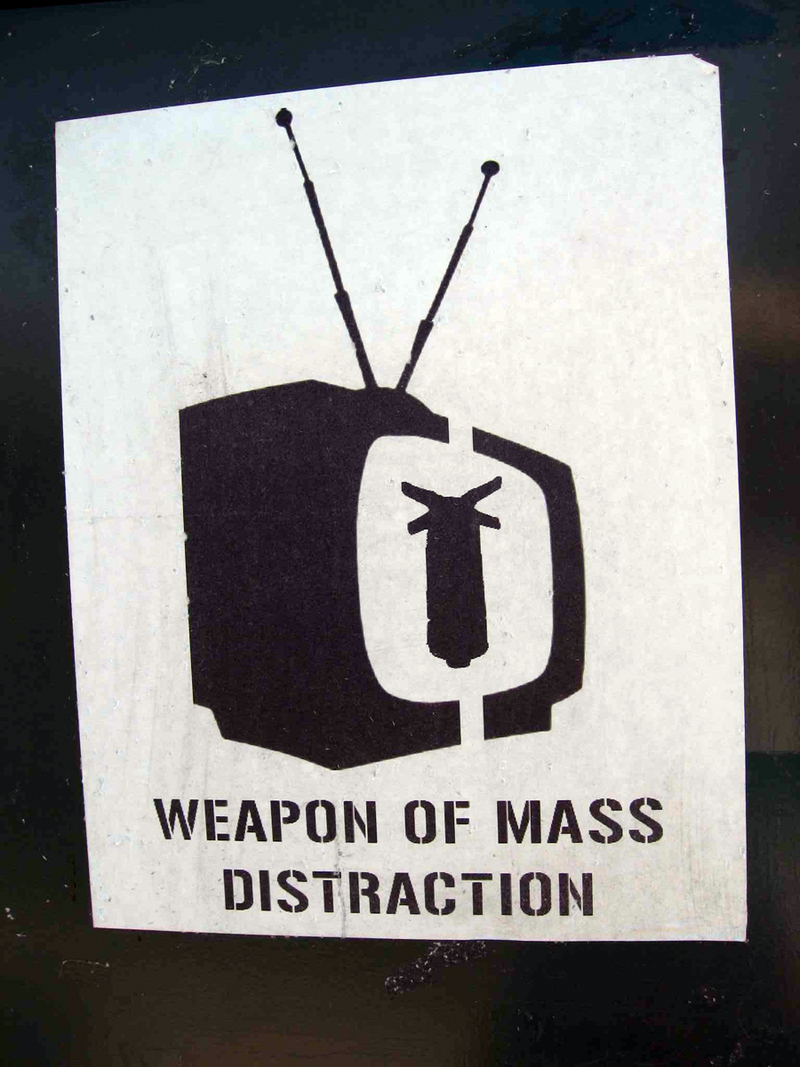 Here's only some of the stuff that occupied WAY too much time on the airwaves this year:
Michael Jackson: Sure he was talented, but he died. There were a whole bunch of other talented people who died this year, some who may not even have heard about before. That we had to sit through 24 hour coverage, for weeks on end, on where, how, and why he died  spoke not as much to any crime, talent or celebrity, but more about how news networks love to retell the same story 8000 ways when they have plenty of archived footage to use up. And why not kick in a film for good measure.
Tiger Woods: I don't care that a golfer screwed around on his wife more than the guy who works in the convenience store down the street. If you have couples living to the left and right of you at this moment, odds are one of the four are screwing around with someone. He golfs. He's an idiot. He will return. And our Schadenfreude will know no bounds.
Susan Boyle: Yay! A foppish English tart can sing! Who gives a shit? Anyone can sing... maybe not in tune, but at least they hit continuum. Everywhere I turned for a month there was some new story about the downward spiral of this complete fabrication of "reality television" and how she took the public, content with shitty quality mp3s and autotune voices to heights of ecstasy. If I never hear of her again, I will not shed a thought.
Balloon Boy: Even if the story was true, it should still not have garnered the attention it did. Why does the story of some kid in a balloon rate higher than the millions who starve every day? You know what they say: one child not floating in a balloon reported on by thousands of reporters is a tragedy. One million children starving and not being reported on at all is a statistic.
Copenhagen: Hey, let's drum up vision of sugar plums, or at least the Little Mermaid and take everyone's attention off what's really being done at these conferences... do you think they're really discussing climate change? Scientists discuss climate change. World and corporate leaders discuss how to make money and political spin off of climate change. Whether you buy into the changes in the weather or not, rest assured climate change for the good or bad of every day people was low on the list in terms of the real discussions in Copenhagen.
Swine Flu: Quick, let's come up with a sexier, sci-fi sounding name like H1N1. Let's threaten old people and children with it. Let's spend hundreds of millions, if not billions of dollars on vaccines that haven't been tested. Let's make sure everyone is scared enough to line up for hours to get the shots. Let's keep scaring everyone so that they don't realize we've spent so much money during a brutal depression on propping up the stock of Glaxo Smyth Kline. Let's try to figure out a way to not let people know that within a year we will have tens of millions of doses expiring in warehouses around the country when the final bill collectors come knocking.
Chris Brown and Kanye West: Fuck you both. Combined you idiots wasted more of my time with senseless drivel than any other asinine talentless duo except maybe...
Jon and Kate Plus 8: What the fuck? Do I really have to have news devolve to the point that reality show characters have become headline worthy? If that's the case, I may as well treat everyone on the news like a reality show character. Hey look! It's Barack Obama from Political Idol... I wonder if he'll get voted out of the house this week?
Octomom: Some stupid woman gets some stupid doctor to give her some stupid fertility pills and she pops out 8 kids and I'm supposed to give a shit? This is crap we would have laughed about in supermarket tabloids 15 years ago and now its international news. My how we have gotten dumber! The only time I ever want to hear the Octo prefix again is during a trailer for an upcoming Spiderman or a Discovery Channel show.
We are idiots. We allow this to happen through passivity or sheer ambivalence.
In most revolutionary handbooks one of the first things you are told to do is take over all the television and radio stations. By taking control of the media, you can control the public. If you count the hours you were exposed to these stories this year, and assume that those that control media are trying to control you, start to ask: to what end?
Aren't broadcasters federally regulated? Doesn't this mean we (at least theoretically) could take some control back over mass media outlets? If we were at all going to buy into the Roland Emmerich pitch that the world would end in 2012, I'd say that 2009 was a pretty good case for thinking it might not be a bad thing... at least we wouldn't notice anyway... not if a celebrity had sex with an alien.