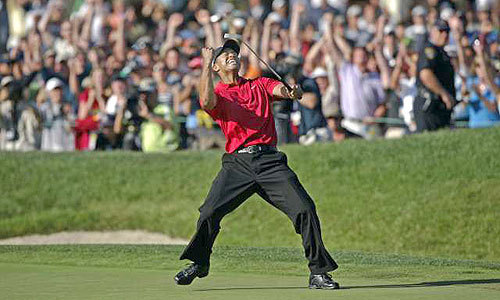 Tiger,
I don't hate you.
I don't love you.
I'm not a fan of yours.
I don't golf.
I don't watch golf.
I do care that golf is perhaps a more boring television sport than NASCAR and that most weekends I can find 12 hours of golf tournaments on television while most worthwhile television dies a quick death.
I don't care that you screwed around on your wife any more or less than I'd care about some guy across town doing the same thing with his wife.
I don't care that your SUV took out a couple of telephone poles and trees.
I don't care that Nike pays you millions of dollars a year.
I don't care that you're an icon.
I don't care that you're better at a game any more than a Rubik's Cube champ or the winner of the Nathan's hot dog eating competition.
I do care that so many other people care.
I do care that as the world goes on without the soma-induced couch potatoes watching re-enactments of your driving lesson failures, people are actually suffering, starving and dying while your cell phone messages have somehow become more interesting than ALL of the following headlines over the past couple of days:
I understand that people sometimes need distraction and so they watch you enact a skill that you do better than anyone else in the world.
I would not dismiss your talent or your dedication to your craft.
I just wish you'd had as much dedication to your wife.
Not that I care.
But when you clog up the already congested arteries of my television with the spewing crap that is your life, it annoys me.
And I do care about my television.
As sad as it sounds.
Drive into all the telephone poles you like.
Just stop driving into my living room.
P.S.
I don't know your wife.
I don't care enough to even look up her name.
But I've seen pictures.
You idiot.
Dude, she's hot.
I've got about a dozen variations on golf puns right now.
But I'm missing my favorite fishing show. 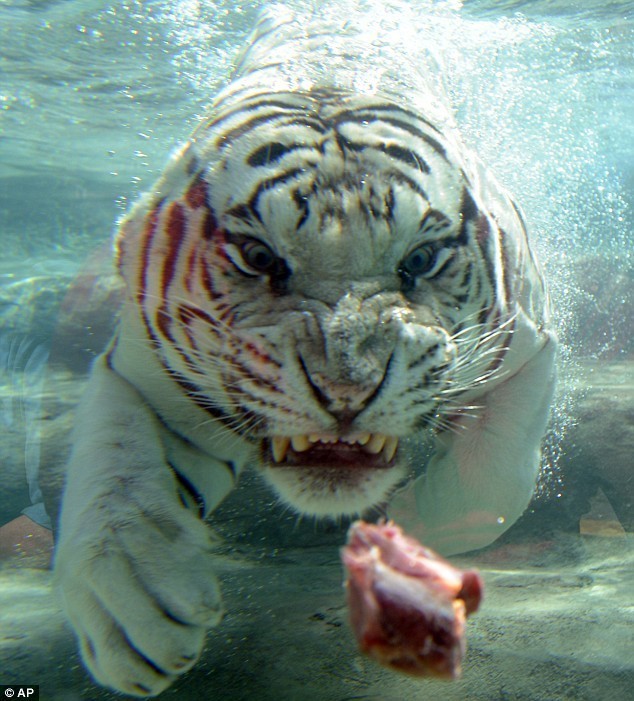 Alright, the pic, as cool as it is, is not from a lake or ocean, but instead taken in the pool at a zoo in California. How is this not a wicked CD cover for a metal band? Some ideas: 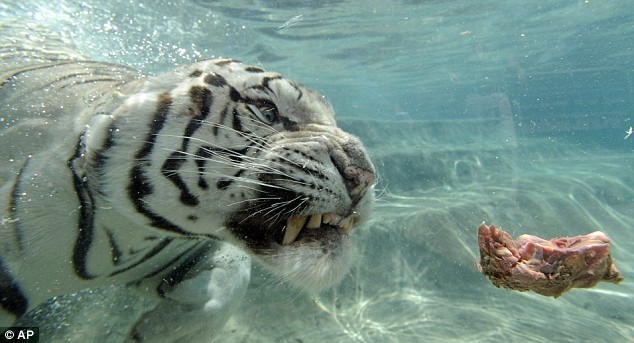