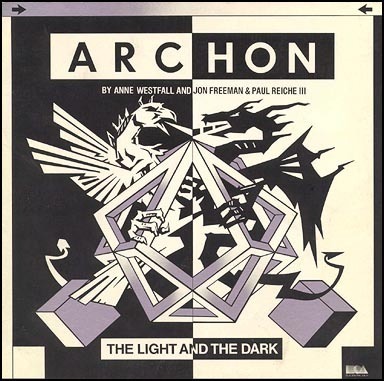 You can talk about your XBoxes and PS3s all you like, but nothing beat head-to-head action in the early 80s more than Archon: The Light and The Dark. Although it started on Atari, I played mainly on the Commodore port of the game.

Many an evening was wasted away taking turns kicking ass in low-res glory. This game was awesome. A crapload of D&D-like characters swinging clubs and swords, firing energy bolts and casting spells on a chess board with power squares: nothing less than kickass!

Now you get to see what all the fuss is about.

I told you it was awesome... maybe a bit dated... and simplistic... and geeky... BUT AWESOME NONETHELESS!

Quite frankly, this game SUUUUCKED! But for a 41 second retro shot, it's perhaps the coolest thing I've found since the extra mustard packet in my lunch bag. Get your moonwalk on!

Perhaps my favorite game for the Commodore 64 - Impossible Mission. While it may look clunky by today's standards, the "sprite" graphics moved very fluidly for an early 80s game. Relish in the low-bit glory that is IM: "Stay a while. STAY FOREVER!"