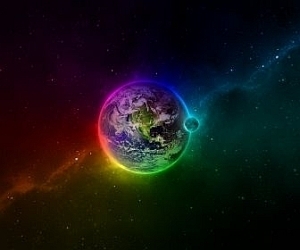 All sparked from a thought that questioned the importance of everything.

I'm convinced that the love I garnered for tragicomedy and existential storytelling while doing English and Dramatic Arts degrees has been reborn via animation on Vimeo. Not a week goes by that I don't find simple, yet incredibly effective pieces of bizarre, surreal, and often touching pieces of storytelling that extend far beyond most feature length films.

Umbra is yet another example on Vimeo where even the simplest concept, when shaped to a spiral, is genuine and thought-provoking. Thanks to Malcolm Sutherland and team for a unique 5 minute slice of Lemmings for Godot.

Kermit's existence ranged from being a frog, to a news reporter, to an uncle. He lived a pretty well-rounded existence for a frog. That said, in this one defining musical moment from Kermit's first season existence in 1970, he expressed the concerns of a generation embroiled in midst of civil rights and racial struggles.
2. Cookie Monster - "C is for Cookie"
Cookie Monster sums up his entire life in two simple sentences: "C is for cookie. That's good enough for me." You can chase down all the self-help books and 12 step programs you want. You can watch Dr. Phil, Dr. Oz, or Dr. Who, but you'll be hard-pressed to come up with a simpler, fresher approach to celebrating the small things in life that are positive.
3. Ernie - "Rubber Duckie"
A tragic tale of a man who, even though he lives among plenty of other muppets, including a suspected relationship with roommate Bert, who privately admits that his only friend is a rubber duck. Though this song often sounds like it's an upbeat number, Ernie exhibits perhaps one of the most tortured souls on Sesame Street. At least Oscar didn't even try to have friends. Ernie was living a hidden life as a depressed toy fetishist enveloped in the forced "happy" structure of Sesame Street.
4. Snuffleupagus - "Snuffy's Cloud Song"
Snuffleupagus cannot overcome his tragic dependency on the infantile Big Bird. Much like Vladimir and Estragon they wander Sesame Street waiting for something to happen that never comes. Snuffy spent 15 years as a figment of Big Bird's imagination only to become realized as a bit player who has to depend on Big Bird for screen time. Sure, maybe if was Kermit or Grover, you'd actually get some good lines and character development to work with, but being opposite Big Bird all the time must feel like Sandra Bullock felt having to act with Keanu Reeves in Speed, or how Jason Patric felt having to act with Sandra Bullock in Speed 2. Would that Snuffy could just fly away, but how can you fly away from a bird?
5. Yip Yips - "Discover Radio"
Sure, I know Snuffy and Ernie were downers, but the Yip Yips had it going on. They found sheer joy and amazement in basic exploration. Sure, you may think they were stupid, but they did manage to get here from another planet. They couldn't have been THAT dumb. They had a unique ability to find something positive, negative, scary and joyous in everything they discovered. The Yip Yips were the total package. They had to be aliens; they were far too cool to be native to Sesame Street.