My rambling response to Dave Delaney's response to my Facebook group post... will the circle go unbroken? :-) 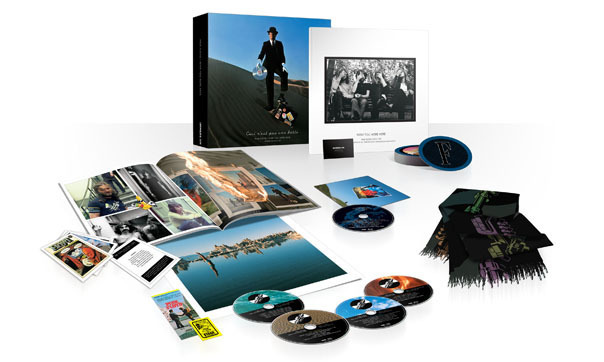 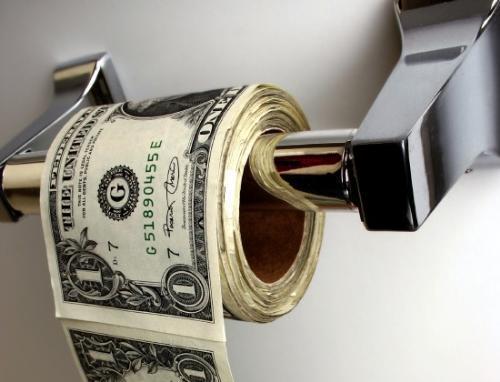 Download lovehate279.mp3
The planet has - or rather had - a problem, which was this: most of the people living on it were unhappy for pretty much of the time. Many solutions were suggested for this problem, but most of these were largely concerned with the movements of small green pieces of paper, which is odd because on the whole it wasn't the small green pieces of paper that were unhappy. - Douglas Adams

For years, it has been incumbent on "forward-thinking" governments to sponsor the arts and the artists around their countries through endowments, grants, and special project funding. Many of these artists believe that they have the right to make a living as artists, and further believe that the government should be paying them to do it.

While I agree that the arts are important to a culture, I have always had a hard time believing that anyone had the "right" to make a living from taxpayer funds. I've been a musician since I was five and have, not once, ever thought that anyone owed me the ability to make a living while honing my craft. My pursuit of art (and craft for that matter) comes from passion and willingness to pursue it.

Part of my criticism of government funding for the arts comes from the bodies that oversee it. I've always held the notion (romantic though it may be) that art should exist unencumbered for its own sake and not beholden to anything. The structures and preconceptions that often come part and parcel with arts funding preclude this freedom. To apply for a Canada Council grant in the arts one must automatically pigeon-hole their idea into limited parameters and variables to satisfy the board making the decision. That board, by its nature becomes a gatekeeper to "art" and, by my view anyway, severely impedes artistic integrity.

I do however appreciate the idea that many great artists use funding to hone their craft where they might otherwise have to spend their days working a non-related occupation. That said, is the chosen artist really chosen on merit by the board, or how well they can fill out a grant application?

And all this to lead to the title question: Are Blogs Art?

I would automatically answer "no" under the definitions I hold true for the term, but when I put some blog writing up side by side against short stories or poetry, I have to reconsider. Aside from the basic tenets of communication and education and information, how different is the blog writer from the poet. I would like to say that the poet hones their craft and the resulting artistic products, while rife with meaning were only true to their own outcomes and not the expectations of readers. But I know poets who write for a purpose. They have an endgame in mind when trying to promote a message. This tends to be what bloggers do all the time: have a message, convey it through words and ideas. Does it make sense that the poet gets funded and blogger does not?

Does one hold a higher moral obligation than the other? Sure, a poet can be cryptic and hide meaning without being blunt and overbearing, but some of the best poetry hits you right over the head like a sledgehammer. I've read blogs both cryptic and blunt, both flowery and caustic. While one would rarely mistake a blog for poetry or the other way around, I would never claim that the intent, talent and skill required to write for one form was any greater or less than the other. I have read crappy blogs and crappy poetry and brilliant examples of both. The level of craft on both is high, and I cannot figure out how any Council or board could figure out the difference.

So in my best McLaughlin Report method of answering the question, are blogs art? YOU'RE ALL WRONG! The real answer is, I don't know. What I do know is that I'm certainly not comfortable saying one should have funding and the other not. For all of the defenses that could attributed to the importance of art can also be attributed to new media. And all of the people who write incoherent poetry are more than matched by those who write inconsequential blogs.

And I should know... I've written both many times.

One of the greatest things about the web is the freedom that it gives to explore and browse at will anywhere on the continuum between the sacred and the profane. That freedom is further enhanced largely by the fact that other paying for your PC and your monthly server usage, most things can be done for free. Facebook, MySpace, and Twitter's hundreds of millions of users grow exponentially all based on the fact that someone is offering them up a service for free.

Now let's face it, free doesn't necessarily mean your eyes won't wander to the seeming wallpaper ads that start to creep up the sides of your profile pages on MySpace and Facebook. But the ads are just that - wallpaper, and wallpaper becomes fairly innocuous to us as time passes. Quite truthfully, while I know there are side-scroller ads every time I'm on Facebook, I can't for the life of me remember even one by name. And so I continue to equate my media desensitization to free Facebook.

With the expectation of Twitter monetization sometime this year, the question remains: how does one monetize a microblog?Imagine if Facebook could only monetize the status updates... what would they do? I, though not the first or last to wander through such meandering miasma, will try to offer a few possible alternatives for what you might be seeing in your Twitter (or tweets') future.

1) Offer up a Pro Version

Such a Pro version would be a subscription type of service that would offer a couple of dozen customization options, maybe an "official" Twitter client, a 12seconds or Seesmic-like video option, and an opt-out choice on Number Two.

Whether only once, or once a day, big name companies will buy into forcing tweets onto your page. Picture a Coke or Pepsi ad coming up with a special image or flash animation. Companies could tweet links to Twitter-only coupons and special offers. Dell has done this to great success with it's followers. If the follow choice was taken out of the equation completely a company could ensure millions of direct views a day... maybe they pay extra to keep it at the top of your list for 24 hours.

Full Twitter ads would cause an uproar, though this uproar could be alleviated if the Top 20 were enlisted to support such a campaign. Imagine if Kevin Rose or Leo Laporte was offered 10, 20 or $50,000 from a soft drink company to push one tweet a day on their followers. Imagine if Jason Calacanis was offered $100,000 for a month's worth of Tesla Tweets. What if Robert Scoble was paid the same amount for permitting Palm to pitch the Pre? Would the loss of the disgruntled followers dissuade from the money to be made? Twitter could act as the agent for such marketing and retain sole denial over any independent ad pitch.

Let's face it, if Twitter's monetization ideas are too harmful to the service, it will have to be the Top 20 who effectively kill them.

Maybe, now that Twitter has ceased to be a real website presence and more of service, it's time for them to get into the Social Networking game full bore: profile pages, widgets, etc.. We're all looking for the next Facebook killer even before Facebook has outstretched MySpace in the US. Perhaps Twitter could provide the social networking platform for the upcoming decade.

While these choices may range from likely to out-of-reach, the simple truth is that VC funding doesn't last forever. With the initial round Web2.0 deaths or fade outs already at our door, Twitter may realize that while the writing's not on the wall, someone's has started to circulate Sharpies. They're stuck between the Scylla and Charybdis - a next step is imminent, but do your take the chance on monetizing, make a mis-step, and start to fade, or do you start to listen to buyout/merger offers while the service is still seen as pristine?

With Fail Whales behind and dollar signs ahead, someone's set to make a bundle if they can walk the fine line between mildly annoying users and plain pissing them off. Walk like a prophet, or run at a loss.