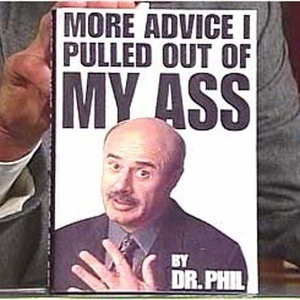 Sitting at home on Ontario's Family Day, I gained a new appreciation of the levels of Schadenfreude that have pervaded daytime television. And it's not that I didn't have hours of Olympic coverage of people sitting behind desks to watch, but you start to notice patterns in the On Screen Guide if you stare at it like a Sterogram looking for the sailboat.
The Home Fix Shows - Let's everyone celebrate the fact that people have been ripped off by contractors and have colonies of mold growing in their walls. We can all breathe a sigh of relief that we're not smart enough to find the mold in our houses.
The White Trash Extravaganza - For the Jerry Springer, Steve Wilkos crowd, it doesn't matter what the topic is, these shows make Jeff Foxworthy look like Alec Guinness.
The Youth Empowerment Hour - Tyra splays out a bunch vulnerable young folk who have no idea what they're doing, thus making us feel better by their self-esteem crashes.
The Healing Hour - Oprah and Dr. Phil and their crack psych teams lay out a buffet of all the world's problems that everyone faces on a daily basis to such an exponential level of drama that everyone viewer must feel completely validated in their regular work-a-day problems and empowered enough to go out and by Oprah's Book Club titles about other people who are messed up.
Soap Operas - 'nuff said.
Cable Reality Shows which are often syndicated in marathons all day (let's run the list)
Intervention's extremist cases that make the average viewer think "at least I'm not as bad as that guy".
B, C, and D-List Celebrities like Hulk Hogan, Gene Simmons, Kathy Griffin and Ozzy Osbourne get to show us how f'ed up their lives are - gee celebrities are people too... and pretty messed up at that.
And without beating a dead horse, how about Jon and Kate Plus 8, Dog The Bounty Hunter, For The Love of Ray J, Real Housewives of Schadenfreude USA, Dr. Drew... whew! I haven't even scratched the surface. But after a Family Day of flipping past many of these Downerfests, I wish I could say I feel better about myself, but then I realize that my life was reduced to watching these losers... which makes me?