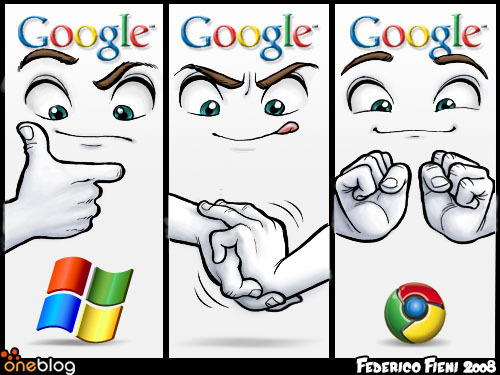 In as much as love the big software, hardware and webware giants pushing each other around in order to push innovation and refine user needs and concerns, the Chrome OS is probably a good thing. Will this OS effectively help to redefine the OS concept or just essentially become an OS lite for cloud-dwellers? I really don't have a problem if this is the case, but somehow even this move doesn't have me stretching my mind to applaud where the OS has become.
For instance, while I have no doubt that 90% of what I do on my PC now could be accomplished by web apps, the other 10% cannot and, even though it's only 10%, they are things that need to be done. In fact, I can probably do almost 99% of my PC activities via online apps, but many of these things would be a pain in ass as the interfaces have not reached the ambitions of the backend web developers.
Aviary is a great tool for online photo manipulation, but it is just that, an online tool. If anyone is to spend serious time working with dozens or hundreds of photos on a regular basis, a desktop app would be hard to give up. While I've there are even options for online editing of audio and video files, I would imagine the process would take way more time that a regular desktop app.
And this said, Google is not (at least yet) proposing to take over everyone's PC with the Chrome OS. The first moves are in the "netbook" field which is a PC format that I consider a vast waste of money anyway. Why are people paying what only amounts to $150 less than a full out laptop for hardware that is limited at best and ridiculously restrictive and proprietary at worst? If a netbook is being purchased in addition to a laptop and a desktop, just for kicks, go for it. But please don't the netbook replace one of the above. Honestly, even though the form factor and interface abilities of my iPod Touch are incredibly narrow compared to a laptop, I would rather carry it in my pocket than a netbook under my arm or over my shoulder.
But back to the next phase of the OS. Hadn't we all expected more by now? Is every new feature OS essentially "window-dressing" on slightly modified backends? Are we only buying into interface updates?
How different is the end user functionality of Vista or Windows 7 compared to Windows 95 - after all it's been 14 years? [Alright all you tech-heads, there's obviously a TON of development going on to ensure speed, loads, and efficiencies have improved, but I'm thinking more interface issues here.] If I want to find a file, I still browse to a folder/directory. If I want to install a program, I still double click an executable. I'm still stuck with a mouse and cursor. I've been promised voice interface for generations, but it's still not perfect and far from ubiquitous. I see great "proposed" UIs at developer's conferences and on the Discovery Channel, but hardly anything that has moved the masses from the keyboard and mouse. And maybe this is all because, other than the prominence of interacting with the web, with PC apps, we're still doing the same things: games, word processing, spreadsheets, document handling, audio/video production/editing, email and porn.
So if the prominence of the web is the grand mover behind this alternate OS by Google and probably others soon to follow, I suppose I can cheer with a certain amount of buy-in. It'll be cool, I'm sure, but it won't be game-changing... unless the game is Bejeweled 2, then I'm sold. Until then, bring on voice or thought-based interfaces and scary-cool AI with a dose of thought-based networking and fully-immersive VR to boot.
C'mon Google! You've got all the money. Bring it on home... or, dare I say, bring it on Chrome!

I'll be the first to admit that I am far more likely to just store things on hard drive now that GB/$ ratio has become so low. That said, while I would have coveted the Dymo Disc Painter five years ago, it's still very cool. 600dpi custom disc painting in 60 seconds. If I knew someone who was still burning binders full of discs, this would be my holiday present for them. Unit is $280 and additional cartridges are $40... if only it was five years ago, this would've saved me a lot of ruined discs due to label glue degradation... and, as an added bonus, it kinda looks like a toilet on your desktop.

Here are the specs:

Just brought it in after forgetting it in the glove compartment for a few weeks and thought I would share the sheer lack of effort I put into last month's costumed holiday.