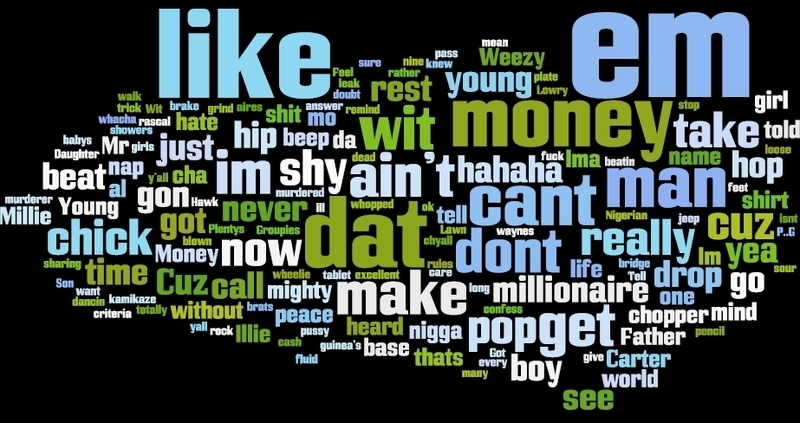 "That is not to say that it was an easy decision for them to let Blake leave school last September. They would have preferred that he stay in high school with his brother. But he bugged them until they let him quit."

Find out why they let him quit

The English language, as bastardized a creation as it is, heavily relies on decscriptors that are drawn from endless languages, local dialects, colloquialisms and sometimes pure invention. Going through language as children, we are beseiged by the basic prefix "list": anti, de, dis, ex, in, mis, pre, re, and un. As we move to secondary and post-secondary education we are ultra-mega-inundated with superlative prefixes like... ultra and mega, contra, hemi, hyper, infra, inter, peri, semi, syn, trans. When we slide our minds into the realms of "intelligensia" we enjoy dropping pseudo and quasi before every idea so that we don't actually have to cop to anything concrete. In most cases our prefixes meshed well with the root words we were using, and, in some instances, to the point where the prefixed word became more common to regular use than the root word itself.

Then technology, as it usually does, took things in strange direction.  At first the invasion was subtle, yet foreshadowed insidious fallout. Our reality became "virtual" and so did, apparently, everything around us. Not officially a prefix, yet pretty much used as one, the descriptor was often used, not to elucidate meaning, but to sound cool. So in a virtual reality we gathered in our virtual teams and vitually communicated in our virtual world operating our virtual machines. It wasn't enough that, years earlier, dish detergent had made our dishes "virtually spotless". Now "virtually spotless" indicated a tech-savvy dog catcher.Virtually months later, or let's call it the 1980s, William Gibson took a prefix that was only regularly used on one word, and started a trend that would force "virtual" to give way to "cyber". And much like the language meme that strangled us previously our cyberspace filled with cyberhomes occupied by cyberpunks having cybersex and cyberhating each other the next morning. And things were going swimmingly, at least cyberswimmingly, until we decided that virtual's three syllables was WAY too much and cyber's two syllables was STILL too much. Something had to be done.No one thought much about it when CompuServe first used "Email" from 1981 to 1984. Those in the know probably thought, "Yeah. Okay. Mail. Electronically. I get it." We all would soon get it as we sent out billions of e-mails with e-cards so we could be e-tailing and e-marketing our new Ebay e-business and be part of the e-commerce revolution... sorry e-volution. As a prefix I got the distinction between mail (soon to become snail mail) and e-mail. At least in this instance the "e" indicated a new face that people needed to know if they were going to communicate. Basically, e-mail wasn't the same as mail and the lazy prefix worked just fine. As for the rest, couldn't we just have said marketing, business, and commerce and understand it included everything our companies did? And e-tailing was just plain wrong. My e-health was suffering.On October 23, 2001, Steve Jobs became the new William Gibson of prefixes when Apple released the iPod. Not only had we reduced the prefix down to a single syllable, now, unlike the tenuous grasp "e" had to electronic, "i" pretty much meant nothing other an even more innocuous reference to a personal pronoun that added nothing to attached noun... nothing except being cool! Apple would iSell the iPod, iMac, and iBook in an iStore or iTunes until everyone was iTouching themselves. We now iPlay and iEarn in our iVillages and are iSafe with iTools because we have to go watch our favorite iStar in an iFilm which we find out with iNewswire on iGoogle.I'm guessing the only logical conclusion is to move onto to other vowels with even less meaning than "e" or "i"". Of course "a" doesn't work too well because it is already a prefix that means without; e-marketers wouldn't like that. "U" has already been scooped because of its personal pronoun association... marketers really love personal pronouns; what's next something stupid like the "we"? Wait a second.... I suppose we could just move on to consonants. Maybe we can cash in on nostalgic ties to Q-bert, X and Y Generations. I'm putting my money on the "B". Think about it. In a society where everyone wants to be told what's cool, we could have bMusic, bVideo, bGames, bCommerce, bPCs, bWorlds and bSex... maybe that's why all the bees are disappearing - they know something we don't.I think, in 25 years, techonology will enable us to prefix things with a shrug or a caustic eyebrow twitch and, until that day, iHate tech prefixes.

This is a video called "Time Breaks Down" by Vancouver's Bend Sinister that always makes me, the cynical bastard, smile.

Andreas Escobar sat under a yew tree
eating a plum from Hubble's market.
With brim pushed up and shirt undone,
nectar ran over his unshaven chin
and broke into a dozen tributaries
as it made its way down his chest.

The leaves ruffled under the weight of the wind
pushed up the hill and through the limbs.
A solitary song from a lonely wing
overhead found its existence by
one pair of ears opened to the
possibilities of constant flux.An ant hill at the outer extent
of the shade curtain flourished in activity.
The urban collective in a maze of industry
stretched down and down and out
towards the subterranean suburbia
eschewing interminable monotony.An infrequent nucleus burned hot
and long as unconcerned parties tracked time.
A practice undenied and uninhibited
courses onward to a non-conclusion
that is unavoidable but pre-negotiated
at some celestial wine and cheese.

The Ten Most Amazing Unreleased Things Ever Made

I saw the best minds of my generation destroyed by joysticks, twitching drooling elated, dragging themselves past the neon signs at dawn digging for their last two-bits, angelhanded gamers tapping for the ancient heavenly connection to the starry dynamo in the machinery of lights.

Ever since I was a young boy, I played the silver ball, but, to be honest, I spent most of my formative years playing video games. I regularly haunted arcades in and around my neighborhood, and often neighborhoods far afield, just in order to get some quality pixel exposure.I remember tapping a fire button twenty times for every shot on Taito's Space Invaders because there could only be one shot in the air at once. Similarly being engrossed in the camp lodge arcade near Bancroft, Ontario with Space Zap's quad-directional firing pattern until my eyeballs dried over and someone played Queen of Spades by Styx on the jukebox in the background. Hours spent at Queenston Mall playing Galaxian until the Food City got Galaga. Then over to Pepsi Pinball when aliens turned to insects in Centipede and Millipede.I remember finally being able to master the the thrust, spin, fire buttons of Asteroids at Queen's Bowling as vector graphics spilled across the screen, but really having my mind blown with Tempest's spinning geometry and the ability to paint the playfield with fire. I remember the advent of the trackball and consumption by the Xs and Os of Atari Football at Eastgate Square, soon to be brought to apotheosis by Missile Command's patriotic defense of the cities as bombardments of pixellated gravity-drawn destruction rained down from overhead.

I remember sneaking to the downtown Casino arcade for the side-scrolling savior status scooping civilians in Defender, eggs in Joust, Scramble's labyrinth of fuel tanks and rockets filling me with Flash Gordon moments of space warrior invincibility, and Zaxxon's faux 3-D angles of doom.

I remember several doors down, at the Palace, strafing, guns blazing from room to room blasting robots in Berserk and Robotron while exercising a finesse with bow and arrow in Venture.I remember Gorf.I remember fearing for my life at the Blue Lagoon Lounge all to stand in line for a yellow circle that didn't fire anything, but ate dots and was pursued by ghosts that looked like the McDonald's Fry Goblins prompting an onslaught of maze progeny that followed with Ms., Baby and Super Pacman, Mousterap, Ladybug, Dig Dug, and Mr. Do.I jumped through carpal tunnels in Frogger.I achieved transcendental states leaping barrels with Mario before he became the brand.I travelled through the ages of Time Pilot.I threw down the Gauntlet and it threw back.I lived with Tron for half a year at 7-11.I rented and stood in roller skates for hours on end, not because I enjoyed roller skating, but because Roller World had one of the best game selections in the city.You can keep your Halo, Diablo, and Grand Theft Auto. Stop waxing emphatic about Wii Fit, Guitar Hero, and Call of Duty. I don't care if I ever hear another word about God of War, Final Fantasy, The Sims, or World of Warcraft.Give me a quarter, a joystick, a fire button to mash, and a place to enter A J M when I get high score.

I remember opening all the doors and windows (it was hot) and playing piano to the light of a candle in a Jack Daniel's bottle.

Anyone else remember what they were doing?