It's not often that I throw parties; I'm less than the consummate host. That said, when I take the time to send out invites and even create a lame Facebook event page, I have a certain expectation.  I go shopping - nothing fancy: pizza, pop, chips, beer, liquor, mix, veggie tray.  My plan is to take my digital projector out into the yard and do an outdoor film night. People seem to like it - kinda like a walk-in instead of a drive-in - lawnchairs a-plenty.

So when I look at the Weather Channel and see red flashing chromakey warning of thunderstorms, high winds, and 4cm hail, I start to wonder if my one annual bash has been cursed. I think that maybe I should've gone to church more often... well, even once. I ponder my relationship with Clotho, Lachesis and Antropos and what a wicked web they weave. I desperately search for some dusty 20-sided dice to see if I can make a saving throw against a wet backyard.

In the end, I guess I do what all impending party hosts do in my situation - I sacrifice a chicken in the middle of a pentagram in the laundry room and look up to the sky yelling "KHAN!" 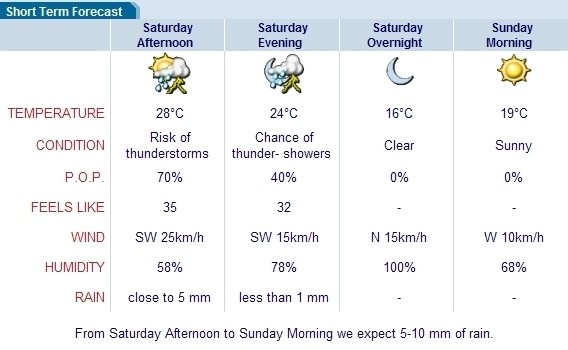 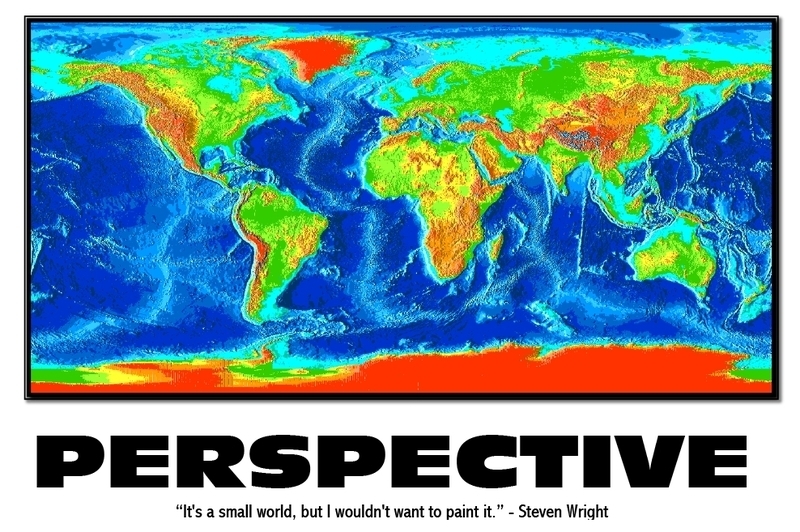 The concept of a line of people waiting for a thing is just wrong in so many ways. There are two basic subsets of people waiting in lines for things. The first reason people would wait in line for something is due to NEED or survival.  While this is a completely justified reason to stand in a line, it usually involves a socio-economic imperative (think Eastern Bloc during the Cold War or America during the Depression when line-ups for bread were longer than Chuck Heston's entourage through the Red Sea in the 10 Commandments).  If a person HAS to line up to feed his/her family, I'm going to be the last one to criticize. You do what you've gotta do.  But this doesn't make it right. Any system that requires lines for food disenfranchises its citizens from the start. Which brings us to reason two: lining up for WANT. Spending a month in a line to be the first person to buy a ticket to the latest Sci-Fi epic that hundreds, if not thousands, of other people have seen in other timezones or just through previews, is just plain depressing.  Pitching up a lawn chair and getting friends to hold your spot while you go to relieve yourself and buy another venti frappachino in the Halo or iPhone line isn't much better.  Don't get me wrong, I'm not saying buying, owning or having things is bad.  I might line up for something if I knew I could never get it again, but when I can return to the same place the next day, or next week, to get the same item, I'm not so concerned about being an early-adopter.  I get that there can be a social aspect to the line: the movie line prepares one for a shared experience, the tech gadget line places you among like-minded geeks or gamers who (at least on the surface) appear to "get" you when other people don't. Lining up always seems like a far better idea in the planning stages as well.  You sit down with a friend and work out an ebay-like formula of the latest you could possibly get there to be the first in line.  You tell your boss you'll need to take 3 days vacation time attached to a holiday weekend.  You buy a cooler, a case of Red Bull, a box of your favorite energy bars, a new sleeping bag, charge your laptop, check with your municipal website to see if they've installed the wi-fi towers in the area yet, call friends that can come down to visit you, and write down some speaking notes for the inevitable television interviewer that's sure to ask you (as first in line) deep and penetrating questions about the thing you're waiting for.  You arrange a ride to and from the line and sleep 18 hours in advance of heading to claim your glory as the first, best, earliest adopter in your major metropolitan area.  As you round the corner ready to be bathed in the angelic fluorescent glow of the major electronic retailer's window display you find something's wrong, your formula was flawed, and apparently being the 23rd best early adopter in your major metropolitan area will have to do. As you settle in for six days of cold concrete and strange bedfellows you think to yourself... HATE LINES!

What worse news could there be for a young musical artist upon submitting a demo CD to one of the FIVE music companies in the world that, combined, control over 90% of recorded music than "your music is not radio-friendly"? The frustrated artist then hits a point of diminishing returns when deciding how much integrity can remain in the music when considering what makes a radio-friendly song: too hard or too soft, too fast or too slow, too repetitive or too complex, too short or too long, too intelligent-sounding or too nonsensical... and after considering all of these qualifiers, what the artist must really decide is if the songs are too original. Check out a list of the Grammy Award winning Songs of the Year back to 1959 and you'll see how homogenizing popular music has created some obvious patterns when it comes to radio play. Chart success (and award nominations) seem assured for:
1) Songs attached to a films (especially ones by Disney)
2) Ballads
3) Songs not done by bands (U2 is the only band to win Song of the Year since 1986)
4) Female singers
5) Solo male singers over 40 (except John Mayer)
6) Songs under five minutes (the only one longer is We Are The World clocking over 7 minutes, but a sentimental choice)
7) Nothing that couldn't crossover to at least two or three different genre radio stations Perhaps the most tragically-adhered to standard in the above list is song length. Artists buy into this parameter without even thinking anymore. How many young musicians would not even consider a song over six minutes? We're still stuck in a 1903 standard of 78rpm vinyl that did not allow for more than three and half minutes of recording. In 1969, Little Green Apples (3:20) performed by O.C. Smith beat out Hey Jude (7:05) by The Beatles for Song of the Year. And if you think things have changed since the advent of digital downloading, as of this writing the 97 of the top 100 downloaded songs on iTunes are under five minutes, and the three that aren't are live versions of Rush and U2 songs and Hotel California by The Eagles. I want music that's considered too long or too short or too complex or too obscene or too noisy to make it to radio.  Commercial radio kills music, and the stark parameters placed by a radio-friendly badge makes me... HATE IT! "I am the entertainer, I come to do my show.
You've heard my latest record, it's been on the radio.
Ah, it took me years to write it, they were the best years of my life.
It was a beautiful song.
But it ran too long.
If you're gonna have a hit, you gotta make it fit-- so they cut it down to 3:05."
Billy Joel - The Entertainer 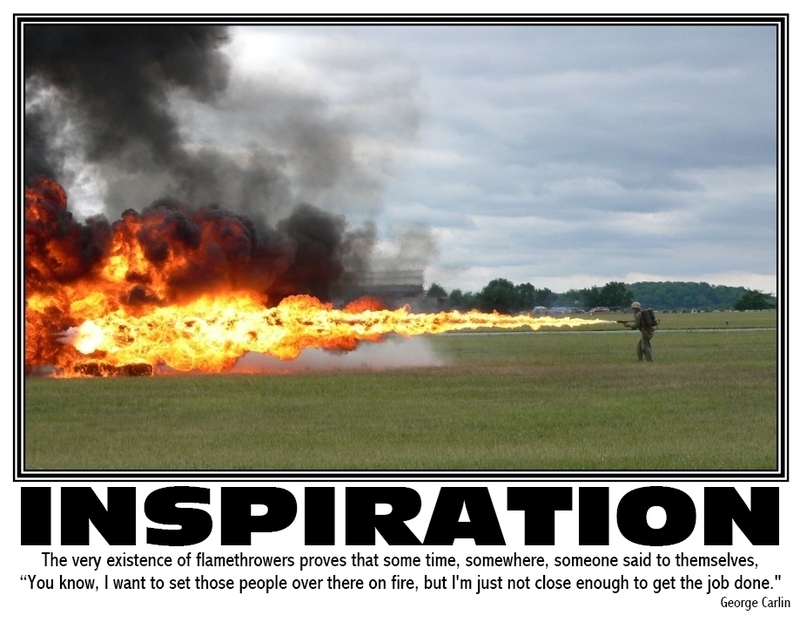 At some point in history the Olympics were thought of as a pure: pure athleticism, pure sportsmanship (pardon the lack of gender neutrality), pure diplomatic harmony, pure naked Greek men wrestling with each other in Athens.  Now it's not that the purity angle has diappeared, it's just that the qualifiers have been modified: pure marketing, pure cash grab, pure greed, pure exploitation, pure flag-waving, pure gentrification in whichever locale wins the multi-billion dollar bid. NBC has 1400 hours of television and 2200 hours of online coverage scheduled - that's 150 days of coverage at 24 hours a day.  If you pump yourself up with enough eight balls to last you through to January 11 of next year, you can watch every minute of it.  Perhaps the clearest example of this over-reaching grab for ad and sponsorship dollars comes from the fact the most popular track and field event (the Men's 100m) doesn't even take ten seconds to complete, yet you can be sure the tape delay will space out heats and fill in plenty of fancy CG screen overlays showing every statistic under the sun to make your watching of men and women doing something children do in playgrounds every day seem like the Daytona 500. Other than the opening ceremonies providing some "Honey! Get me an atlas" moments when Burkina Faso gets announced, the actual ceremony relates little to athletics and more to the Westminister Dog Show.  I don't think we can expect a wardrobe malfunction. Everyone gets led around by gold, silver and bronze leashes preening for judges and audiences alike.  The Canadian Broadcasting Corporation is holding a Breaking News conference when Canada's team announces its flag bearer.  People are dying all around the world due to hunger, genocide and natural disasters and my country's public broadcaster is breaking to let me know who made 1st drum major on the varsity squad!?! Now don't get me wrong, I respect the training and dedication that people put into being the best they can be in any endeavour (not just athletics), so I'm not bashing the athletes, but isn't it ironic that some of the domineering succeed-at-all-costs parents we denounce on a daily basis are behind at least a few of these "success" stories. While I have no doubt that my television viewing will, at some point, glide past snippets of Olympic coverage, I have a few suggestions for making the events more interesting if a network wants me to watch its commercials: Archery - all archers (men and women) stand in a big circle facing each other, last standing wins the gold (no silver or bronze necessary) Baseball - any pitcher walking a batter gets thrown out of the game as does any hitter who strikes out.  Game ends after nine innings or one defensive team cannot field a pitcher/catcher battery Basketball/Judo - all team players (including bench) on the floor at the same time, full contact - no fouls counted. Boxing - all fights until knockout Diving - from helicopters over shark-infested waters in the South China Sea, by dare and double-dare scoring system Equestrian - use brick walls and water jumps at least 25 feet deep Fencing - dressed as pirates, with non-blunted sabres, until significant blood is spilled Gymnastics - one large combined event that includes the pommel horse, rings, parallel bars, and all rhythmic gymnastic items with the addition of chainsaws, axes, bowling pins and torches... oh yeah, on ice Modern Pentathlon - change it back to archaic pentathlon... didn't it involve lions in a colisseum or something? All Martial Arts and Wrestling - to the death All Races (including Track, Cycling, Sailing, Horses, Swimming, Rowing) - one event, strictly endurance, last standing wins Shooting, Javelin, Hammer Throw, Shot Put, Discus (see Archery) Trampoline, Synchronized Swimming, Table Tennis, don't actually broadcast these events, but instead tell all the athletes they can just go home and tell everyone they won the gold. These would be Olympic events worth watching.
Episode One of a weekly audio podcast compiling some of the entries on lovehatethings... thanks Posterous!
Download LHT_-_I_Phone_Vegas_Nuts.mp3