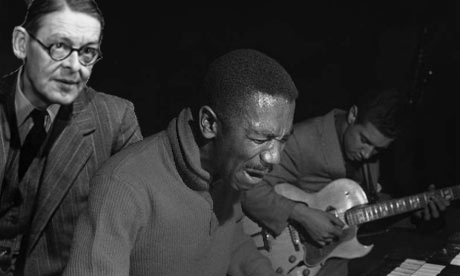 A juxtaposition of poetry written around WWI with some jazz played in the early 1970s. Just dug the mashup. Hope you do too.

EDIT: The music bed is Root Down (And Get It) by Jimmy Smith from his 1972 Root Down LP.