If you want people to check out your new recipe for chocolate chip cookies, just put "Watchmen" in the tags and miracles will abound. In this case, I actually did a podcast about The Watchmen, so I wasn't cheating, but I am shocked. But, seeing as this is a post about the power of putting "Watchmen" in a tag, I'll put it in this one too. I invite others to make reference to this post and tag accordingly.

Concerning my childhood reminiscences on the innocence of a breakfast cereal life and some discourse on scope, scale and setting in the Watchmen and film in general. 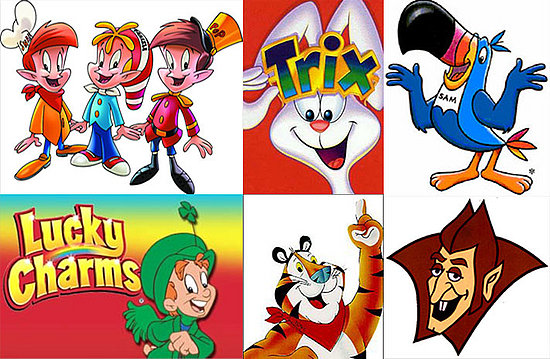 I'm certainly not the only waiting for the Watchmen movie to come out in March '09. There have been plans to make this film for almost two decades and all reports, even with the liberties Zack Snyder has apparently taken with the ending, are that the film is the best anyone could expect from a feature-length Hollywood production. Why is it that the "Hollywood production" is what scares me the most when ever I hear a story is being adapted? Could it be that the same studios responsible for every Eddie Murphy film of the last 15 years, Beverly Hills Chihuahua, and the gelding of Vince Vaughan and Will Ferrell have put me off of most major studio efforts?

The reason I'm so eagerly anticipating the Watchmen film is, of course, due to the comic book series and subsequent graphic novel by Alan Moore and David Gibbons. The thing that impressed me so much upon first reading the series was the scope and scale the story took. Moore and Gibbons didn't only create a world, but they inhabited it with hyperreal characters and landscapes and I daresay, more than any other comic at that time and since, enveloped readers in it. Such a method of grand scale doesn't always work, and rarely in comics, especially only given the 12 issue run. I remember reading Frank Herbert's Dune series and really struggling as a teen trying to get through at least half of the first book just to feel like I had a grasp on the setting. I'm not saying the effort was not worth it. And, to be sure, I admired the first five or six of the Dune novels... I didn't really keep up after that. Yet there was an example of grand scale gone wrong when it came to David Lynch's film effort. I enjoyed the film enough when it came out, but realized that even I (after reading four books at the time) was having trouble following some of the history and practices from scene to scene. The friend I went with was completely lost. He told me that after about 45 minutes he pretty much just gave up on the story and settled back to watch it as a psychedelic tryptich. Therein lay the problems and pitfalls of trying to contain scope and scale and setting in a Hollywood production. Don't get me wrong, Hollywood can present scope, scale and setting through a well-crafted screenplay incredibly effectively. Give me a sweeping crane shot here, an flourishing orchestral score there, a supporting cast of thousands in period costume and weve got the makings of grandiose epic. But the transition of book print to a film print always loses something in translation precisely becuase the film tries to remain faithful. I would suggest the very reason that Stephen King's The Shining and Stanley Kubrick's adapted film were both great is precisely because, just as King concentrated on writing the best novel he could without thinking of how it would end up on film, Kubrick concentrated on making the best film he could make without concerning himself with remaining completely true to text. I appeciate the desire of Hollywood to start with a product that has been at least successful in one venue or another. Such is the reason that every novel that makes a popular list gets optioned by some producer or studio these days. I'll further concede that the stories presented in a novel must look far more rich when placed side by side with a screenplay. Actors clamor to delve into a well-developed character that verges away from stereotypes and while novels can paint broad two-dimesional stroke when the want to, they do have much more canvas to experiment with. The successful novel will always be a popular catalyst for a film, and, more often, comics are providing that incentive as well because let's face it, some of them have years and decades to explore a character and, quite frankly, they need it. The development in any given character within one comic book issue is miniscule at best. Let's face it, superheroes are often two dimensional at best and the only depth we ascribe to them is buried in the decades long history they encompass. And so we come back to the Watchmen. Depth of multiple characters, plot and setting in 12 issues was near unheard of in a comic book era that birthed the Teenage Mutant Ninja Turtles. I understand why Alan Moore has become forever hesitant to watch any of his stories brought to film. In the same way we create imaginary worlds when reading novels, try to conceive of the scope and scale in Moore's mind upon creating the Watchmen world. How much did he conceive of that he couldn't even fit into the books? When we feel things are missing as readers, I can only imagine the process of seeing a film adaption is deathly uninspiring to the orginal writer. I hope for the success of the film. I hope it inspires millions to go and read the original. I hope that Zack Snyder gets lauded for the attempt even if not the execution. I know that if I can line up at midnight on 03/06/09, the answer to "who watches the Watchmen?" will be me and a horde of fanboys.