Concerning the befores and afters of my experiences at Podcamp Toronto and an inquisitive reckoning of who we trust online.

After attending, enduring, and being encompassed by my first Podcamp over the past few days, I'm hoping I can relay some of the peaks, pitfalls and go forward plans on my realtionship with with the experience.

First the good - and there were numerous great things that I experienced as a novice to the proceedings. As I've echoed in previous blog posts about conferences (especially some on the grand scale), the reason most people go to them, I believe anyway, is to be around like-minded individuals that they especially would not be able to hang out with on a regular basis. I'll be the first to admit that my immediate circle of friends and acquaintances that I see every day have little interest in blogs, podcasts or new media in general. Sure, some of them may consumer as an end-user and think they've tapped some vast arcane cool "alternative" thing, but most will get a glazed look in their eyes upon anything that sounds like jargon. So the immediate best thing about my Podcamp experience was being part of the hive mind that made up such an event.

I also met a bunch of great people. Although I'm far from a social butterfly (more like a wallflower moth that dabbles in moments of grandeur) I did get the opportunity to meet a solid group of people that I will maintain some sort of contact with especially around like events.

I like the idea of an "unconference" more than the execution. I love the anarchic feel of having anyone present about anything within the parameters of the event, but I will admit that such a process, or lack of one, does lend to some weak presenters and/or deceptively-titled workshops. I got the feeling that, other than sitting back and absorbing knowledge from someone like Chris Brogan, even experienced Podcampers were willing to sit through a workshop led by someone with less experience if there was a strong interactive component. Let's face it, we want to stamp our tag on everything as communicators and the venue of a "classroom" to wax intellectual about something we know about is too good to pass up. This said, there were still plenty of "traditional" presenters doing the preacher from the pulpit thing that can be engaging with the right dose of charisma and content.

The only trend that through me over the event was the huge number of PR people who were present on Saturday. I get that new media is still media and media is message and message is money, but, without knowing what to expect, my thoughts were that most people there would be indy bloggers and podcasters like myself instead of industry people. That's not to say the culture was bad, but it did throw me for a bit of a loop when one presenter asked how many PR people were in the room at a workshop I was in and half the hands went up out of about 80 people.

My single most gratifying moment, and one that to me summed up a combination of both the business side, the social media, the gathering itself, was the result of a challenge I threw out to a rep from Molson's via Twitter about a week ago. When I learned Molson's was sponsoring the big Saturday night event and saw the rep's name while watching the #pcto09 hashtag (which was the biggest trend on all of Twitter for the entire weekend mind you) I threw out the challenge of having a cold bottle of Molson Stock Ale waiting when I got to the party.

Thinking that, at best, it would be the prompt for some ribbing and casual conversation upon getting there (and quite honestly not even knowing if Molson Stock Ale was still being bottled) imagine my surprise when @molsonferg went behind the bar and pulled out the Stock Ale for myself and a couple of new acquaintances - those of us over 35 remember the original "Blue" with nostalgic reverence. So cheers to Molson for doing up the event right.

I can honestly say I'm already looking forward to Podcamp Toronto 2010 and got more than one prompt to get me thinking about Podcamp Hamilton. So for all you new media folks in the Hamilton, ON area, get in touch and maybe we can get something together.

Let the law of two feet live - so say we all!

I've been looking forward to this weekend for some time now, although I'm not sure why. Sure, I know there's the obvious "gathering in a community of like-minded people" and the ability to be away from home for a couple of nights at an event that has nothing to do with work, but I think there's an intangible that has been creeping around as well.

I've been an afficionado of pop culture and media for decades. Perhaps it came with being co-raised by television, season after season of Sesame Street, and an undying nostalgic recollection of hours upon weeks upon days being spent in front of cartoons on Saturday mornings. Maybe it was helped spawned through the advent of video games and the generations of arcades with their coin-sucking pixellated goodness. Could be that playing in band for years in every soul-sucking bar across Southern Ontario listening to beer-drenched bozos bellow "Skynyrd!" at the top of their lungs every five minutes spawned a desire to escape into films, music and television?

All I know is that I've discovered some interesting things about myself through explorations in new media. It's not until one can immerse themself in something, and see the archetypes and patterns, that they can truly appreciate the whole in relation to its parts.

I know that's not too clear, but think about how your intelligence about films grows as you watch more films. This does not necessarily result in an one's enjoyment of films increasing, because the critical eye one starts to develop can often embody a cynicism that sticks with viewer for the rest of their life. One starts to view acting, writing and direction in a meta state that becomes a series of parameters, patterns, and data sets. Becoming the meta critic for any such medium involves endless time spent enaging and enriching one's mind with content... and there's only so much time in the day.

While I've been surfing the web for almost fifteen years, I have been, for the most part, an end user content to consume information and, in doing so, have become accustomed to, and critical of, the type of web that I started with - flat, passive, and one way. When I started to provide content instead of simply consuming it, there was not only a desire to entertain and create, but also learn about the constructs and archetypes that constitute this final frontier... or final until next week anyway.

So, in gathering around hundreds of bloggers, podcasts and new media types, I hope to not only learn about the minutae that makes up the technical side of bold new techniques and unknown approaches to creating online, but also to start to get the meta take on New Media... well at least from one city, for one weekend, washed in weather colder than I would like it to be... love it or hate it.

How podcasts have taken over my car stereo, and why I'm strangely excited about it. 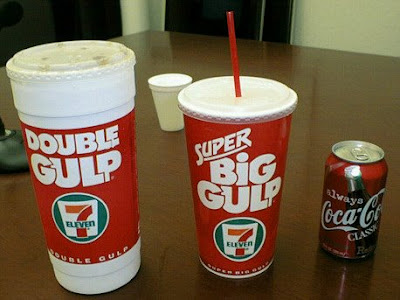 Why Burger King's Whopper coupon deal on Facebook was a good thing. Make network and satellite-streamed radio your new audio entertainment homes. Even if it costs you a few bucks a month, it's worth it.